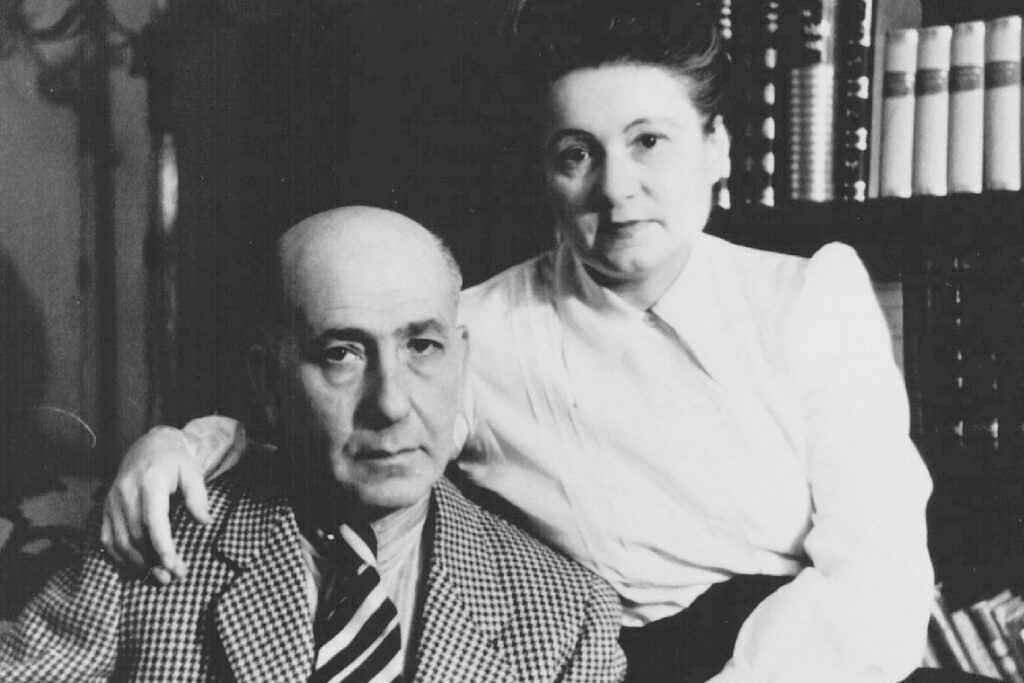 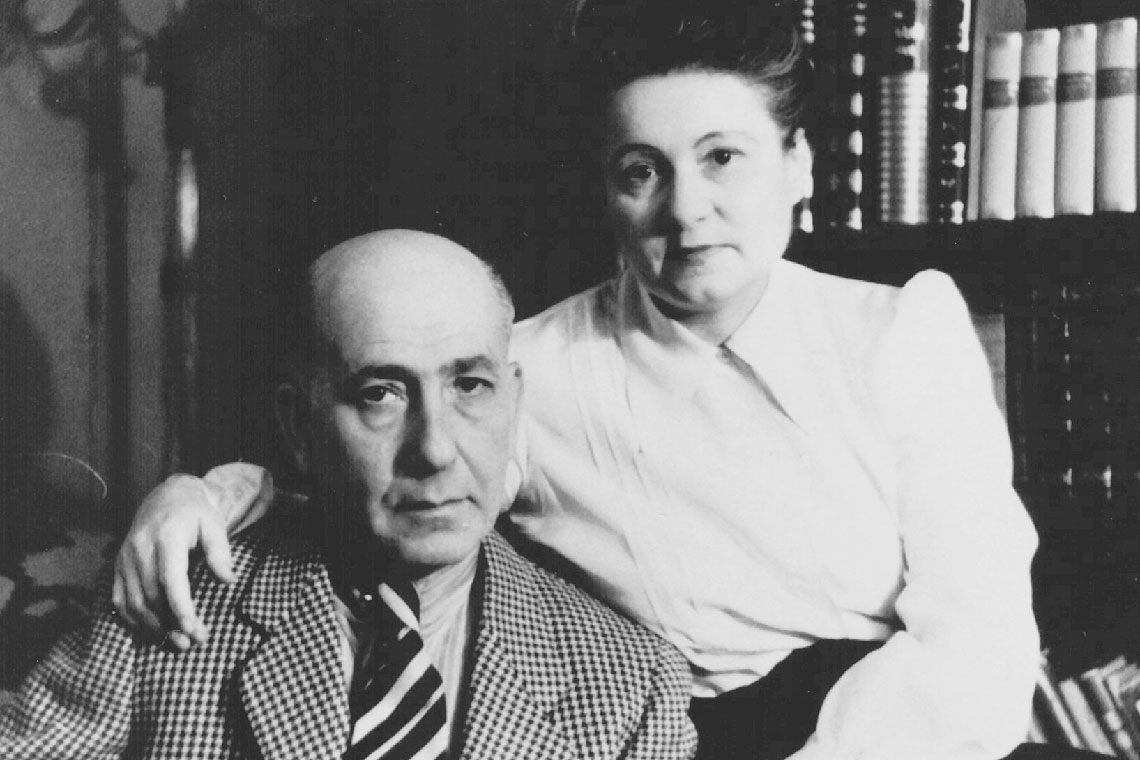 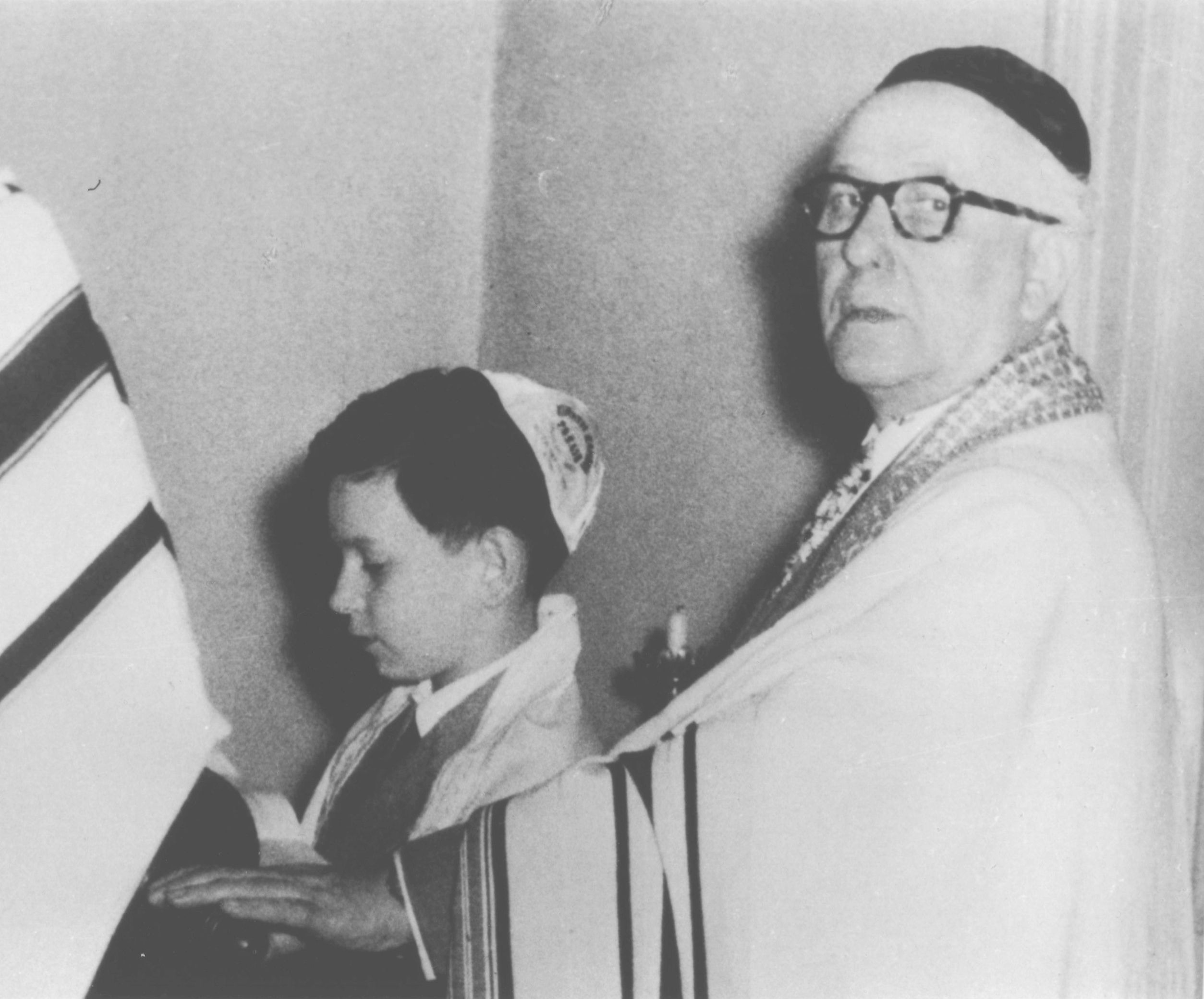 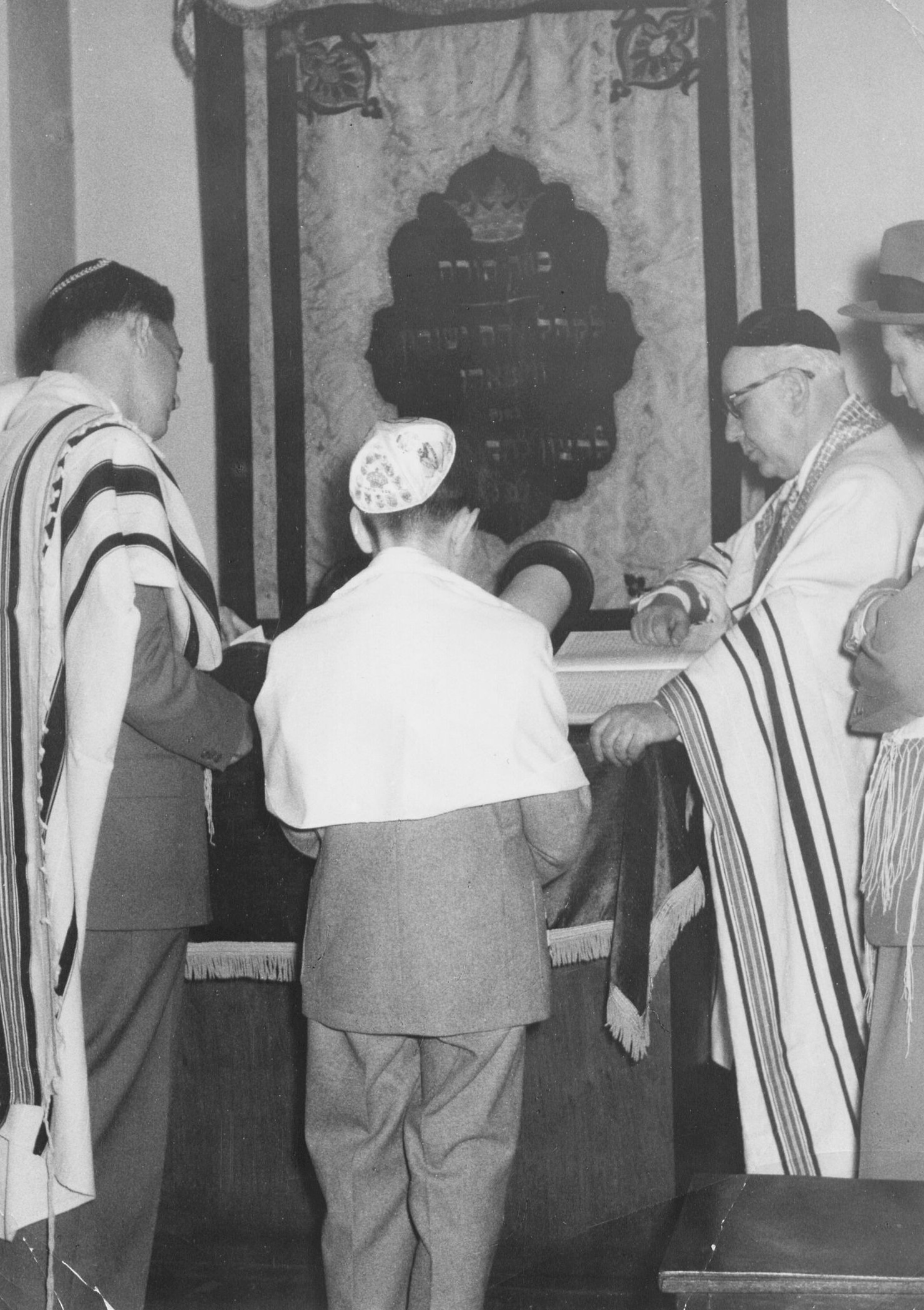 On the right: Naftali Rottenberg at the bar mitzvah by Rainer Zamojre. Collection Jewish Community Wiesbaden

As of 1947, claims for reparations could be filed. This was not possible for many members of the Wiesbaden Jewish Community. Due to the persecution and dispossession, they were ill and destitute. The Jewish Community of Wiesbaden had to appeal to the city and state to provide for them.

In accordance with Military Law No. 59, those persecuted by the Nazi regime were able to claim reparations from the state from 1947. This was urgently needed, because the Jews in particular were completely destitute due to the Shoah. Just how urgently help was needed is made clear by correspondence from the Wiesbaden Jewish Community to the main support office at Faulbrunnenstrasse 13, dated October 17, 1950. The congregation stated to the main support office that it had submitted an application for reparations for the losses of the inventory of the synagogue on the Michelsberg. Based on this, it now submitted an emergency application for an advance of 5,000 DM to be passed on to those members who no longer had any means, could not claim reparations and were still waiting for the promised state support of 600 DM per month. The application was signed by Naftali Rottenberg on behalf of the community. The Rottenberg family had survived the Nazi period in hiding in Wiesbaden and was severely scarred by this time.

The Jewish Community of Wiesbaden sought to rebuild relations with the city as early as the rededication of the synagogue. In addition to representatives of the U.S. Army, the Lord Mayor and other employees of the city administration were also invited. This seems astonishing, since the legal prosecution of the crimes committed in Wiesbaden during the Nazi era had just begun. On March 5, 1946, the American military government had issued the Law for Liberation from National Socialism and Militarism. Accordingly, all residents of the American occupation zone over the age of 18 had to fill out a registration form, which was to be used to check them for National Socialist activities during the years 1933 to 1945. In addition, the criminal investigation department began to investigate the November pogroms. On April 27, 1946, a newspaper advertisement appeared with the following appeal: “Every citizen is hereby requested to make pertinent communications that may lead to the conviction of the perpetrators to the Wiesbaden Criminal Police, Police Headquarters, Friedrichstrasse 25, Room 68.” If requested, the submissions would also be treated confidentially. The appeal concerned the efforts of the German authorities to prosecute “the destruction of synagogues, stores of Jewish owners and acts of violence against defenseless Jewish citizens.” This applied not only to Wiesbaden, but to all cities in the American sector. A few days later, the same advertisement appeared in the Frankfurter Rundschau.