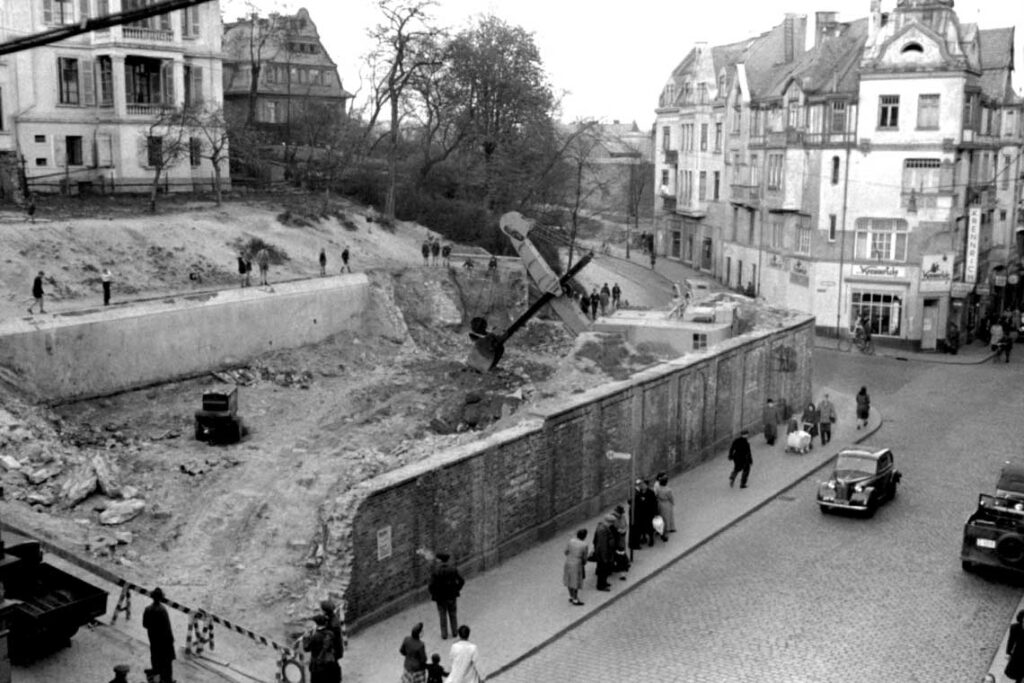 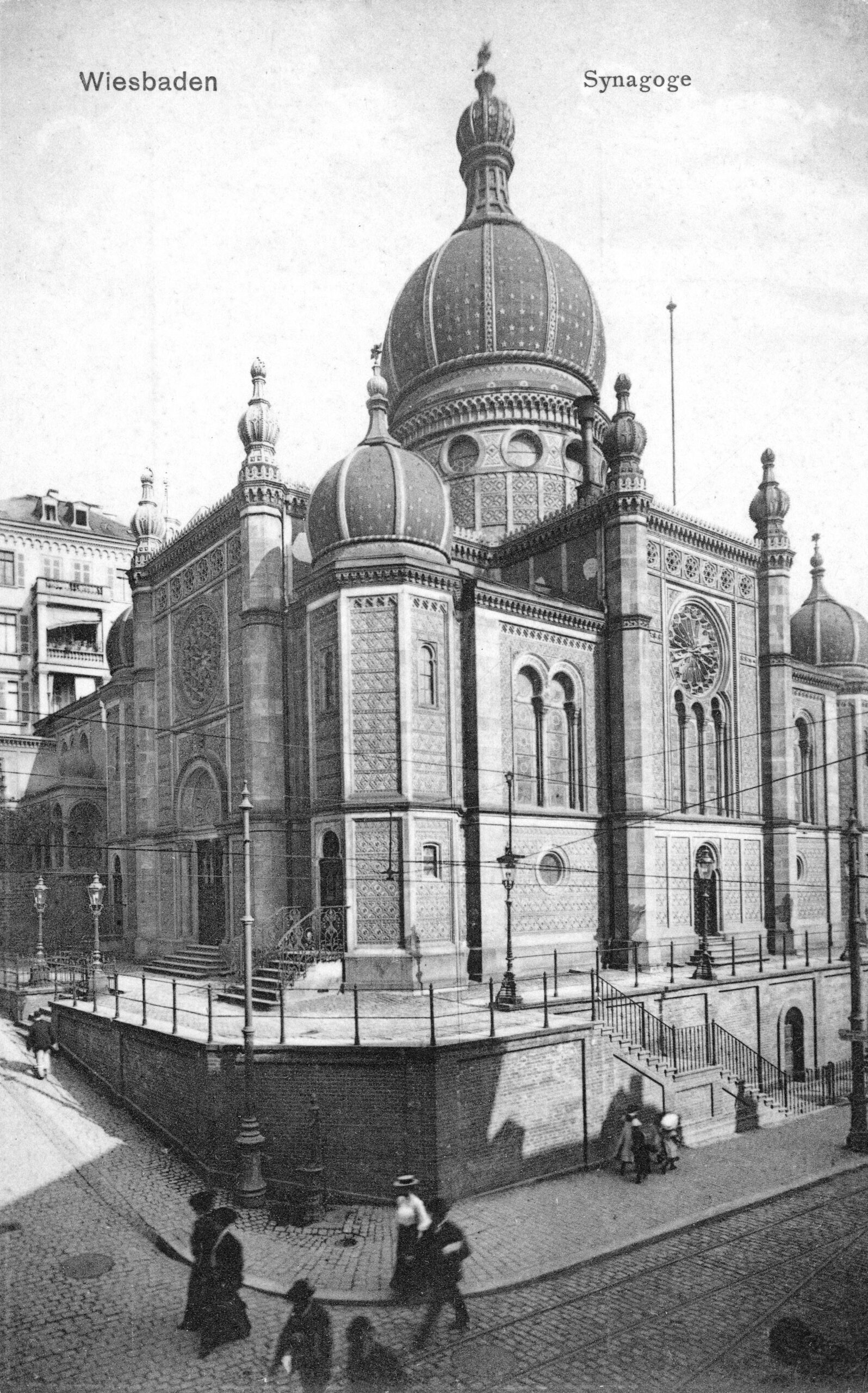 Demolition of the foundation walls of the synagogue of the Jewish Community on the Michelsberg, April 1950. Photographer: Willi Rudolph. StadtA WI, F000-15469

The relationship between the Jewish Community of Wiesbaden and the City of Wiesbaden was conflicted in the early years, especially when it came to compensation for the destroyed property. The community urgently needed funds to repair the synagogue and provide for its members. The IRSO (Jewish Restitution Successor Organization) almost sold the synagogue property to the city without consulting the community.

In April 1946, the State Commissioner for the Care of the Jews in Greater Hesse issued a decree to the Minister of the Interior that all Jews living in Hesse “should be given every possible protection and assistance”. As justification he states that National Socialism, by the treatment it gave to the Jews, burdened itself with a tremendous crime […]” And one can “calmly assert that a large part of our fellow citizens even supported this crime by their knowledge of it and by their calmly allowing it to happen. Another very large part of the population has […] also brought guilt upon itself.” The State Commissioner further decreed that “the Jews are to be given every possible protection and assistance, and any different treatment on racial or religious grounds is to be effectively stopped immediately.” The State Commissioner, however, did not elaborate on the concrete form this assistance was to take. Restitution was finally regulated by Military Law No. 59, which was enacted in the American Occupation Zone on November 10, 1947. The U.S. military government had already initiated the restitution policy in April 1946. Now applications for restitution could be made to the state. Thus, the city of Wiesbaden was also to pay financial compensation for, among other things, the Wiesbaden synagogues destroyed or severely damaged during the November pogroms.

When the military law came into force, the Wiesbaden synagogue was already the center of Jewish life again, as the U.S. Army had provided financial and material support. The continued maintenance of the building was to be financed with the support of the city. The synagogue, built in 1882 and severely damaged in 1938, remained a permanent construction site. Again and again, the Jewish Community of Wiesbaden turned to the city and state for support. The roof of the building, which had a glass insert, caused great concern. The municipal funds disbursed in the course of reparations were largely spent on repairing the roof, but were not sufficient to eliminate all the defects. Moreover, according to the community, the work coordinated by the city administration was carried out improperly. As early as 1950, the Jewish community had to apply for further financial support for repairs to the building. This was followed by several years of correspondence between the Jewish community, the Hessian Ministry of the Interior and the municipal authorities of the city of Wiesbaden.

The sale of the property on Friedrichstraße could just be prevented

While the board of the Jewish Community had to contact the city several times in order to finally obtain funds to repair the synagogue, the IRSO had also filed an application for the restitution of the properties at Friedrichstraße 31 and 33. It wanted to sell the properties to the city. Just in time, the board of the Jewish Community was able to intervene to prevent a sale. The IRSO had been founded in New York in 1948 to implement the restitution of heirless property of private individuals who had been racially persecuted and murdered. In addition, it also took over the returned assets of institutions and organizations that had been expropriated and dissolved by the Nazi regime. In 1949, the IRSO submitted restitution applications for the synagogue properties on Michelsberg/Schulberg, in Biebrich and Schierstein. Negotiations with the municipal surveyor’s office were tough and ended with a settlement before the State Office for Property Control and Restitution. Further applications on the basis of the Federal Law on Compensation for Victims of National Socialist Persecution of 1953 were filed by the IRSO in 1954 for the Jewish Community of Wiesbaden for the damage to property, i.e. for the desecration of the synagogue on Friedrichstraße as well as the destruction of the one on Michelsberg, at the Compensation Authority of the District President in Wiesbaden. In its restitution applications, the IRSO had obviously not assumed that Jewish life would re-emerge in Germany, the land of the perpetrators. Therefore, it filed applications for all property transactions it had identified where there was suspicion of Aryanization and where no application for restitution had yet been filed. As in the case of the buildings at Friedrichstrasse 31 and 33, this was often done without consulting the Jewish former owners, which in many cases led to conflicts.