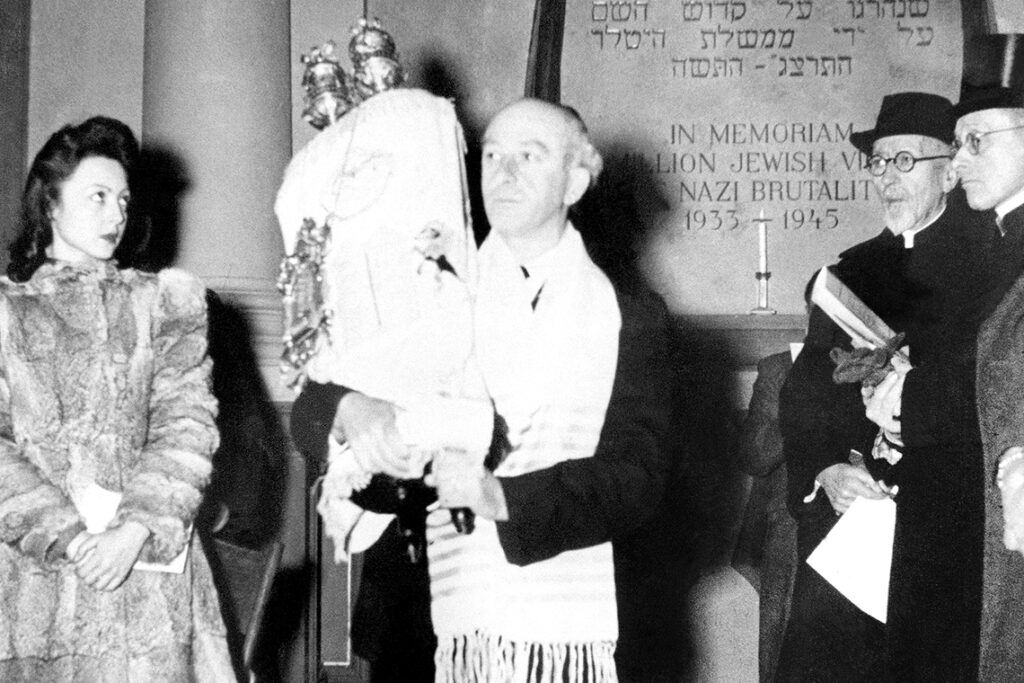 Start of a commercial apprenticeship at Abraham Brothers in Wiesbaden-Bierstadt.

Started working in the family‘s own linen store, Sedanstrasse 7, Wiesbaden.

Deportation via Bytom to Katowice and after a short time illegal return to Wiesbaden.

Emigration with parents and siblings to Belgium.

Shortly before the German invasion of Belgium, escape to
France, internment in the Drancy camp in August.

After release, interned again in the Drancy camp. Imprisonment in German concentration camps and forced labor at Heinkel Company in Wismar.

Liberation by Russian troops and return to Wiesbaden.

Of his family, only the two brothers, Abraham Markus and Leo Matzner, survived. Jack celebrated Passover together with Leo Matzner in Wiesbaden in 1947. Leo Matzner emigrated to the USA with his wife. Sisters Rosa and Lotte and father Eisig were murdered in Auschwitz. Mother Zlatta died in Antwerp in 1941.

The attempt to build a new life in Wiesbaden

In January 1946, Jakob Matzner was elected to the board of directors, which at that time consisted of nine people and was still called a committee. Claire Guthmann was the only woman on the board. Jakob Matzner managed the finances of the community and in February 1946 submitted an application to be allowed to represent German Jews who had emigrated. The establishment of the “Office for the Management and Representation of the Remaining Interests in Germany of Emigrated Jews” was approved. In the same month, he submitted an application for compensation to the “Office of Military Government for Greater Hesse, Property Control Section.” Major Roy N. Eddy summarized the results of the investigation of the case on behalf of the Commanding Officer in April 1946: “[…] [I]t is the opinion of the Public Safety Office that this man’s (Jakob Matzner) claims, though they may be justified, are beyond any possibilities of restitution being made by American authorities for the actions of the Gestapo eight years ago.” Matzner had sought compensation for the expulsion of his family to Poland on October 28, 1938, and the dispossession that followed.

In 1948 Jakob Matzner married Lucina Landerer in Wiesbaden. In 1949 he opened a textile business here, but emigrated with his wife and child to the USA just one year later.

Jakob Matzner died in Florida in 1986.

At the rededication of the synagogue in 1946, Jakob Matzner carried a Torah scroll that his father Eisig had saved from the desecrated synagogue in Friedrichstraße after the November pogroms in 1938. Together with his son Jakob, he managed to send it to Switzerland, where it was kept safe until its return in 1946. 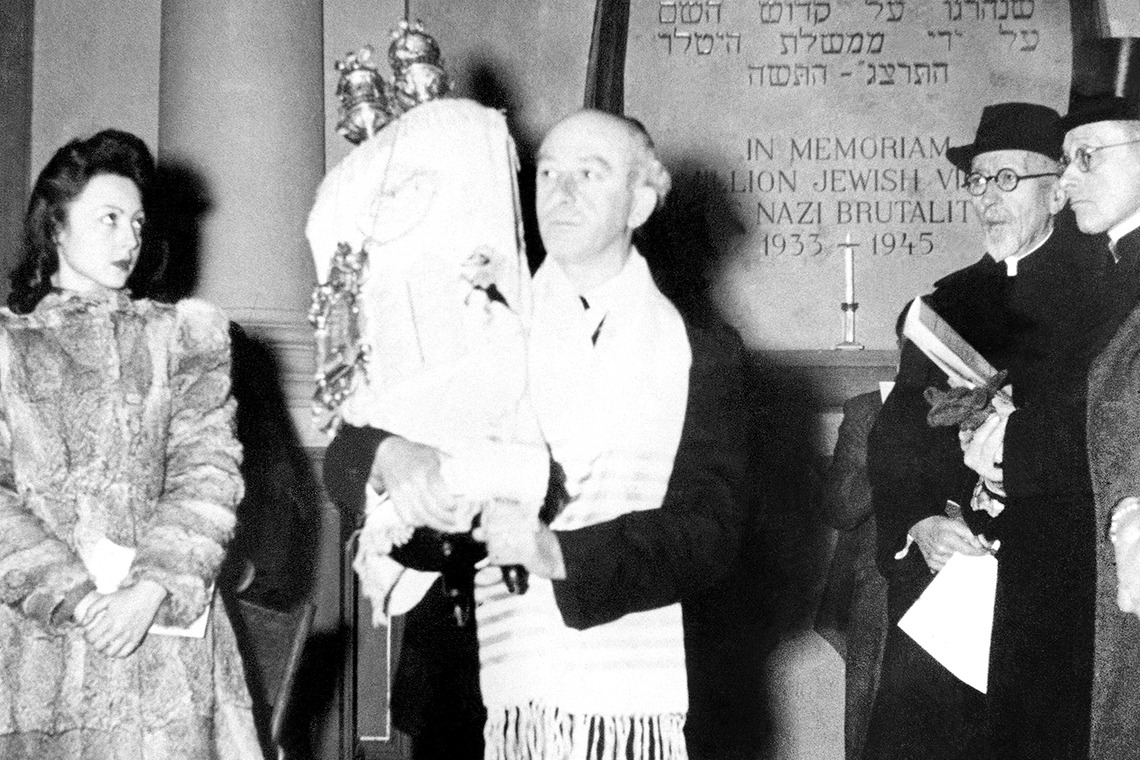 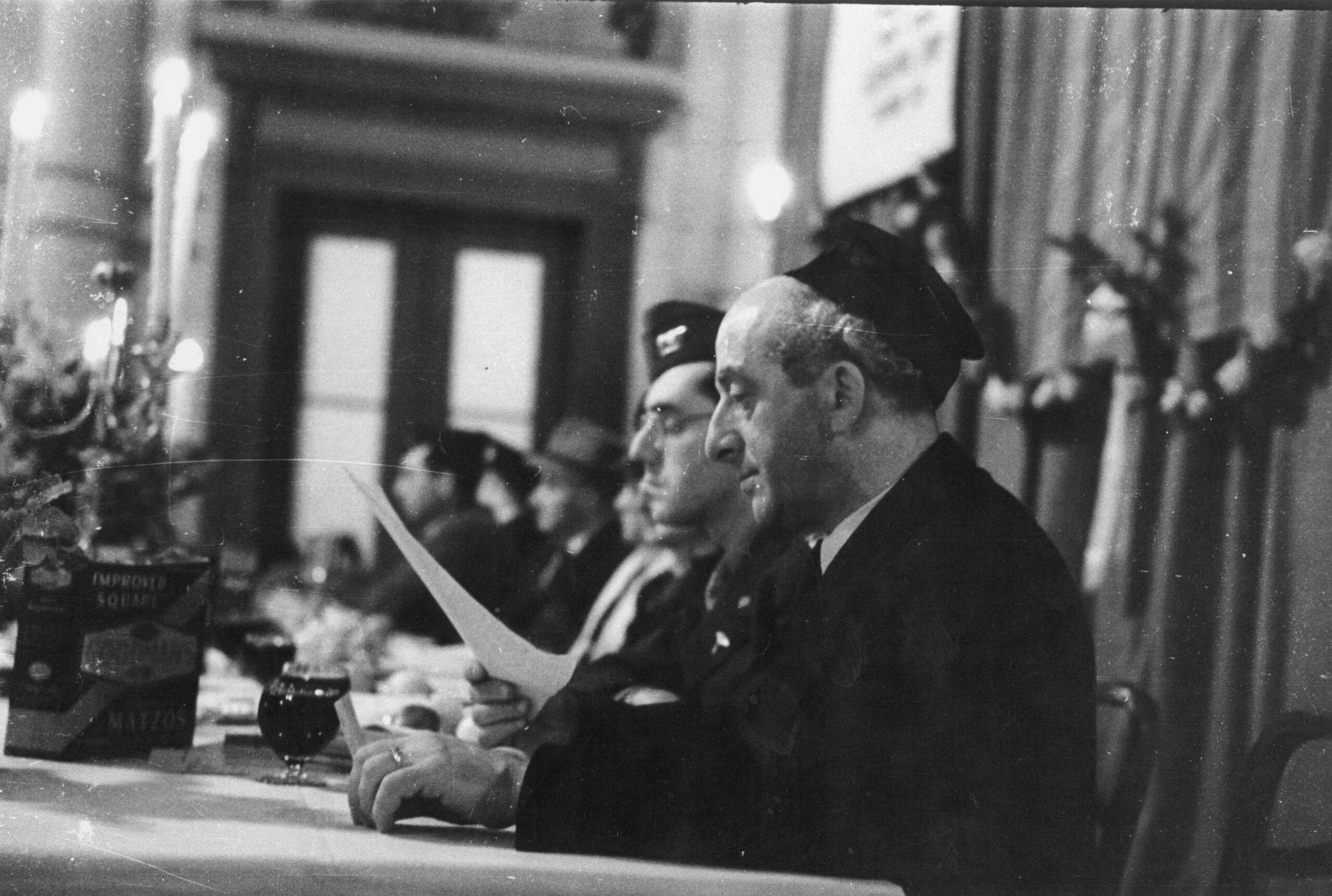 In the foreground: Jakob Matzner during Passover 1947 in the Wiesbaden synagogue. Collection Jewish Community Wiesbaden